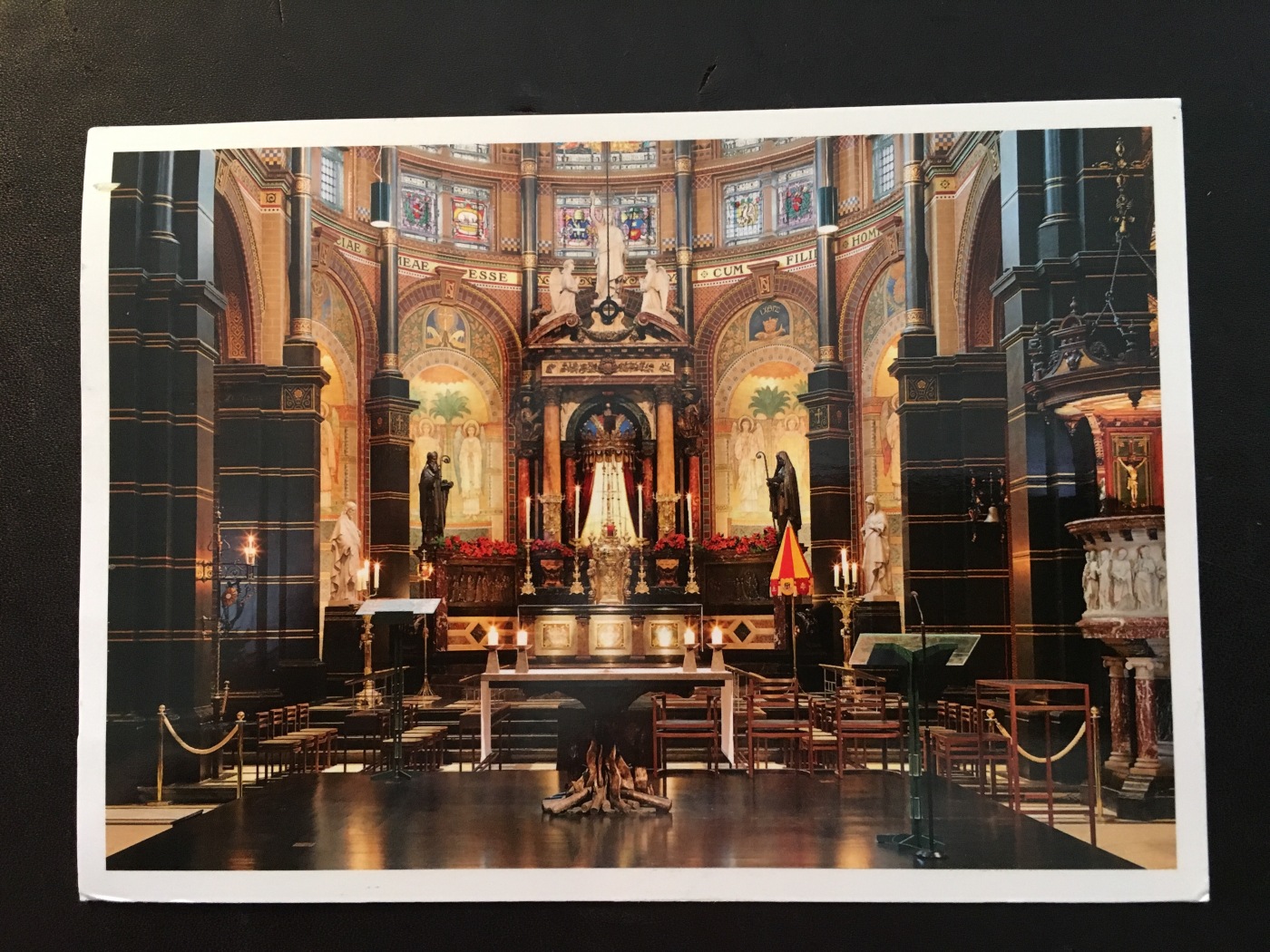 Before Mademoiselle sent this postcard, we talked via Face Time Audio, as we have done several times this fall. She knew that I was going to be at the Killer Nashville writers conference during the last weekend of October, and that I was going to be on a panel there. She’s been a strong supporter of my writing and my books, but so far she’s only read one of the three I’ve written.

Oh, and her birthday is this Sunday, December 6, the feast day of St. Nicholas. Her middle name isn’t Nicole, but she says she loves it. Three guesses on what that is, too!

Surprise postcard from Amsterdam! Only sending you this because we stumbled upon the Basilica of St. Nicholas (aka my birthday) just a hop skip and a jump from the Red Light District, haha. Basically Amsterdam is a city full of contradictions, also foodie heaven. I hope you had a great time at the Nashville conference!