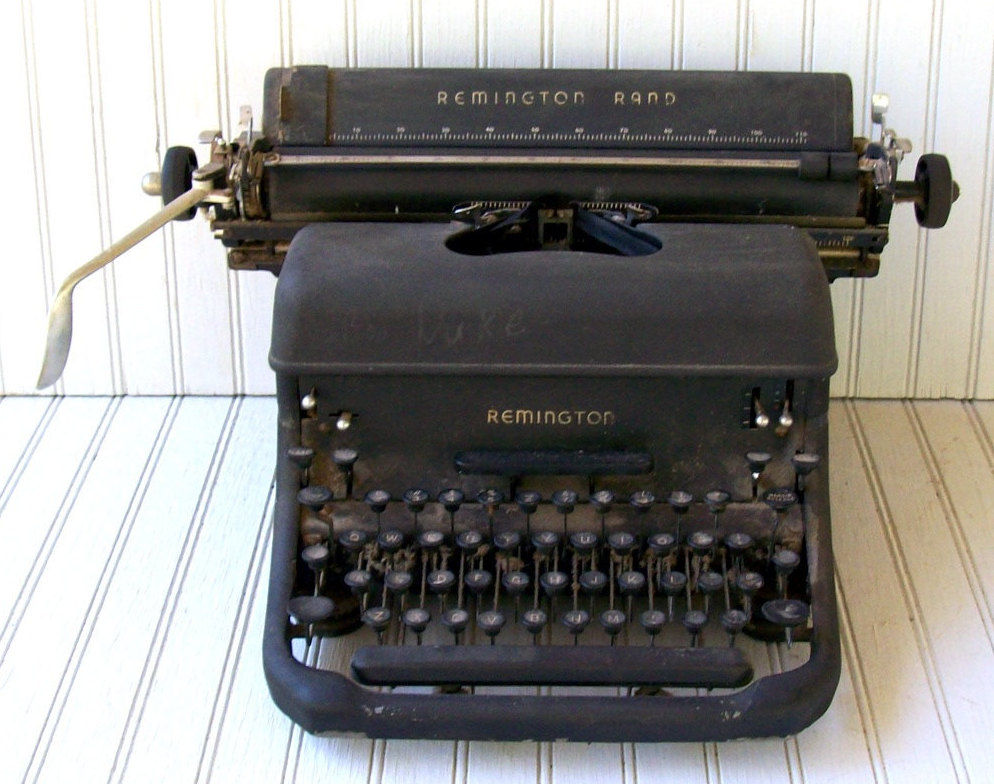 Last summer, I went to a local antiques store with my daughter. She saw an old typewriter for sale and walked over to it.  A piece of paper had been inserted, and she tapped one of the keys.

“It doesn’t work,” she said. I walked over and typed my name on the paper. “You have to hit the keys,” I told her. “You don’t just touch or tap lightly!” 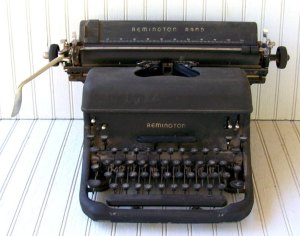 I took typing in high school for one quarter, and learned to type at a decent (but not very fast) rate. Mistakes counted against your grade, and I let speed suffer in my effort to avoid typos. In college, I remember having to carefully retype entire papers (before Liquid Paper came out).

Luckily, my French professors didn’t require typewritten papers – with so many accents, it was nearly impossible. So they had us turn in handwritten papers.  A bit less of a hassle…but still.

How things have changed! Liquid Paper was a blessing in my first job at a downtown Dallas bank. Though I wasn’t a secretary, I typed a memo or two… 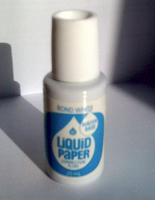 Fast forward to today. Though we still “type” on computer keyboards, things are different now. Communication has evolved. Writing business (and personal) letters is done via email and social media messages. People read books on their phones and tablets. To sum up a recent blog post by writer J.A. Konrath, ebooks are here, and there’s no turning back.

And people visit with each other on Skype.

That’s how I appeared at a Book Club meeting last night that had chosen to read my suspense novel UNDERWATER.* My contact there – far from my home – had invited me to Skype with the group to discuss the book and my writing. I was thrilled to have the opportunity, to meet such a great group of readers, and to answer their questions over a glass of wine.

Before our scheduled call, I set up my iPad to Skype in my home office and wanted to test it. But now I was the one saying to my daughter, “It doesn’t work!”

I texted her at her North Carolina university, and a few minutes later she had downloaded the app on her laptop. Then she called my Skype name… 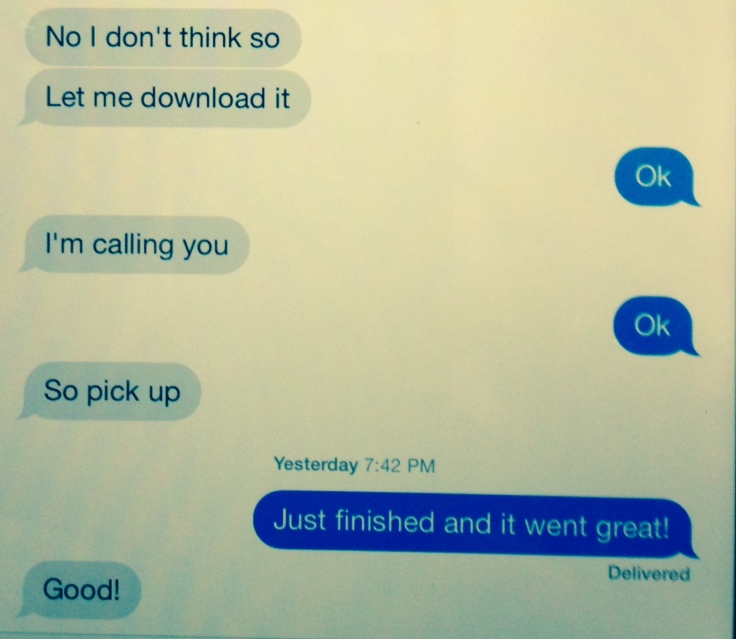 Between “So pick up” and “Just finished and it went great!” (over 3 hours later), she helped me make sure my device was ready and that I was happy with how I looked onscreen.

She’s minoring in French, and sometimes (though rarement), that’s how we communicate.

* If your Book Club chooses UNDERWATER and would like me to appear at your meeting via Skype, please let me know!

One thought on “From Typing to Skyping…”