After rejecting 2 earlier (working) titles, and 3 other (very different) cover images, the cover for my new suspense novel, DADDY’S GIRL, is set in stone! I can’t wait until it’s published, only days from now!

A spoiled, entitled princess risks it all to join a technology startup, loses it all, and then embarks on a mission of revenge and retribution…

It’s only October 2nd, but I’m going to be so busy this month that if I don’t get this done now, it won’t happen. 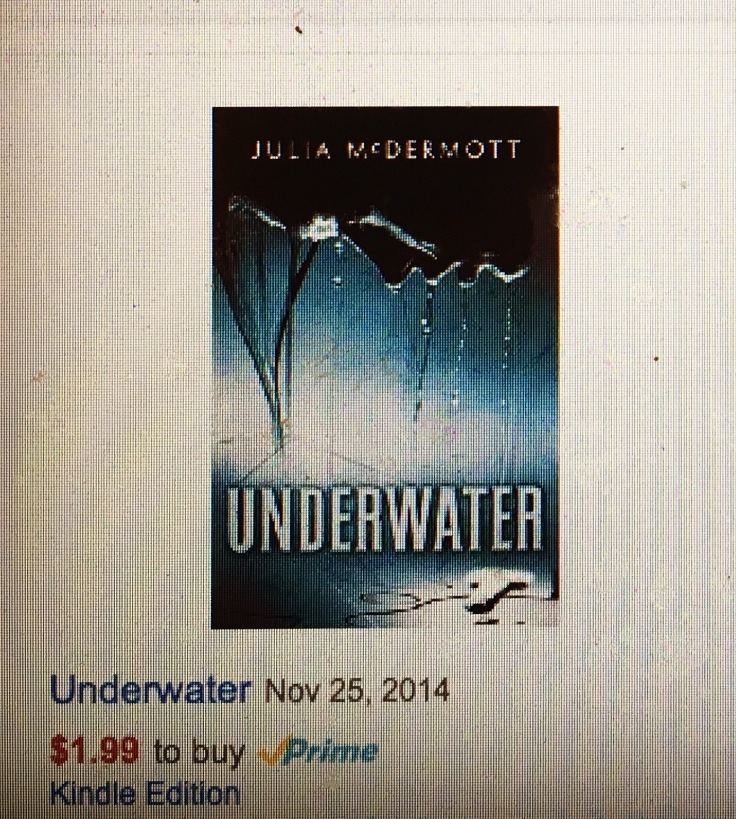 Halloween is over…So click here and read about me, my thriller UNDERWATER, and its upcoming release this month by Thomas & Mercer, on PAGE 6 of the November 2014 newsletter of the Atlanta Writers Club! 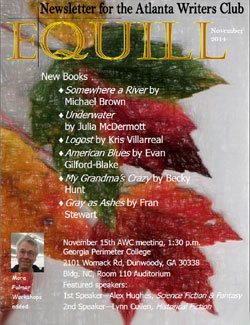 November 1, 2014 1
“Begin at the beginning,” the King said, very gravely, “and go on til you come to the end; then stop.”
– Lewis Carroll, Alice in Wonderland
“Best advice I’ve ever received: Finish.”
– Peter Mayle

I doubt “the King” was talking about writing a novel (I never read Alice in Wonderland), but I think A Year in Provence* author Peter Mayle was.

When I wrote UNDERWATER, I did begin at (what I thought was) the beginning. But it didn’t turn out to be. To guess what I mean, click here and “Look Inside” to read the first few pages.

Now I’m working on Book 4, another thriller with tie-ins to UNDERWATER, and I’m at that part between the beginning and the end, where I must “go on.” (I’ve written about un tiers – a third – so far.) While I’m behind on my goal of 50,000 words** by Thanksgiving (looks like it will be Noel), at least I’m hitting my plot points. And when I’m finished, I’ll stop.

“Going on” right now is work, and it can be hard to focus sometimes. Doubt creeps in…and I push it away.

This book, like UNDERWATER, is set in Atlanta, and scenes take place in fictional neighborhoods here, with a few (real) landmarks as anchors. And, like in UNDERWATER, characters are not based on people I know, and events are made up. Drawn from my own experiences, observations, and imagination, they interweave and eventually turn into a novel.

“Focus more on your desire than on your doubt, and the dream will take care of itself.”
– Mark Twain
* Which I have read, as well as many of his other books
** Which is well over the mid-point of the story
October 29, 2014 0 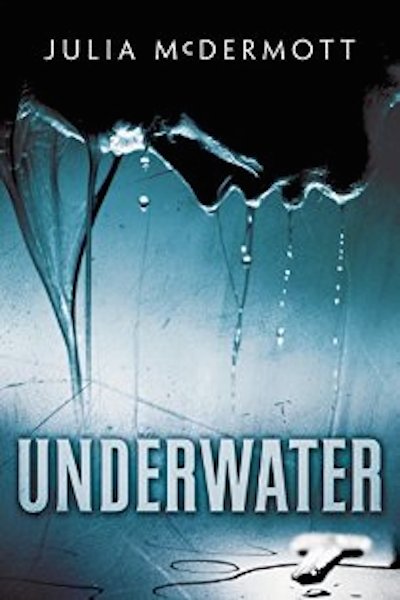 After months of anticipation, voici the brand new cover for my suspense novel UNDERWATER, to be rereleased on November 25, 2014!

You can pre-order the novel on Kindle here.

After years of guilt over a long-ago tragedy, Candace Morgan is finally poised for success. The CEO of her own women’s shapewear company, she’s about to launch a new swimsuit line—and make a fortune. When she is guilted into loaning her brother a huge sum of money for real estate, she believes she’s simply fulfilling a family promise. In reality, she’s enabling a devious sociopath…and now, she’s roped into the renovation from hell.

For years, Monty Carawan has envied his sister’s wealth. Spiteful and self-centered, he’s convinced that her success came at the expense of his own future. But when the housing market plunges and Candace attempts to disentangle herself from Monty’s mess, her brother’s malicious streak brings the family tension to a dangerous boiling point.

Kindle, Print and audio versions of the book will be released on November 25, 2014, just in time for Thanksgiving and the holiday shopping season!

September 30, 2014
“I think it’s a pretty good rule not to tell what a thing is about until it’s finished.  If you do you always seem to lose some of it. It never quite belongs to you so much again.”
-F. Scott Fitzgerald

Over three months ago, in a post called My Turn on “The Writing Process” Blog Tour, I described the book I had just started writing:

Book 4 is about another family in conflict over a house, this time a two million dollar beach home that three siblings will inherit upon the death of their wealthy stepmother.

When her sizable liquid assets are stolen by a crooked investor, the stepmother considers selling the beach home to fund her lifestyle in a luxury retirement community. Two of the siblings suggest that she obtain a reverse mortgage on it instead, to keep it in the family and protect their inheritance. But the middle child is secretly grappling with huge debts and unwilling to downsize or compromise. When an unforeseen event occurs, her income drops drastically and her demands multiply. Soon, her hostility toward the woman who took her mother’s place decades ago turns from anger to hatred. How far will she go to get her way, and to get her hands on the money she believes is rightfully hers?

Well, since then, things have changed. Book 4 is still unnamed, and it’s still about a family conflict over real estate and money. However, everything in blue above is no longer true.

What takes the place of what’s in blue? Only my husband and some members of my writer’s group know, and I’m t asking them not to disclose anything (or even hint at it) in comments below, or anywhere else.

Here’s what is still in Book 4:

Another change? I’ve added Fitzgerald’s rule to my “Writing Process.”

I’ve been asked to participate in an Author Focus panel at this year’s Murder at the Beach: Bouchercon 2014  in Long Beach, California!

The annual World Mystery Convention of readers, writers, publishers, editors and others who love crime fiction, thrillers and suspense is being held there over November 13-16, 2014.

My Author Focus panel will be at 12 noon on Saturday, November 15! Check out the programming schedule here !

I will be speaking and answering questions about my suspense novel UNDERWATER, to be released in November by Thomas & Mercer of Seattle, Washington. I will also be attending various other panels and activities at the convention, my first Bouchercon!