I’d like to invite you to be a member of my Street Team!

Once you join, you’ll receive my undying gratitude PLUS some cool surprises!

Click HERE to go directly to my new STREET TEAM TAB, learn the details, and fill out the Contact Form to request to be a member! 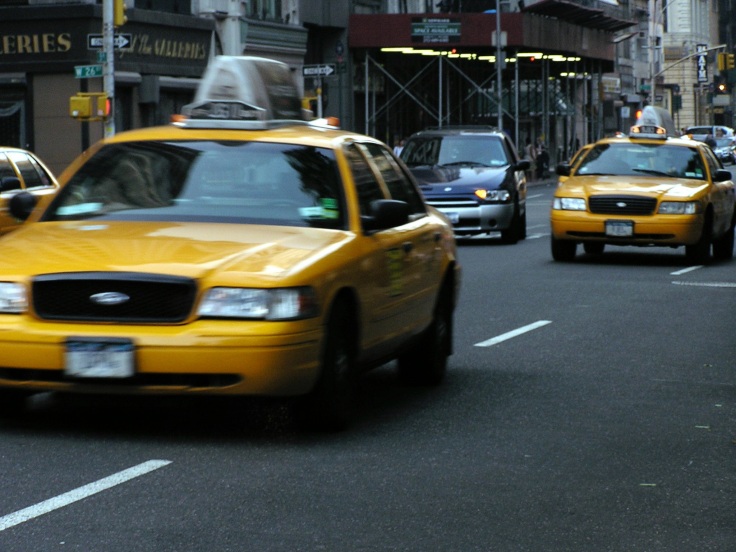 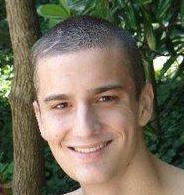 At a recent Atlanta Sisters in Crime meeting, the invited speaker, a former FBI Special Agent, described how she kept emotion in check for over two decades when she worked on heartrending, tragic cases: She went into “mission mode.”

Being writers, we pushed her to elaborate. “How did you feel?” asked one member. “What was going on inside of you?” The agent responded that she drew on her professional training and experience to compartmentalize* her feelings.

“I just went into ‘mission mode,'” she said. “You’re on a mission, so you stay in mission mode until you get the job done.” As she described an example to us, tears came to her eyes.

Afterward, another ‘sister’ and I discussed the Agent’s talk, and the term “mission mode.”

“I can use that in my current work in progress,” said my sister, whose book has Secret Service Agent characters. “I’d been looking for the terminology they use for that, and now I can use it in dialogue and elsewhere.” **

I can’t use the term in the book I’m writing. But in a different way, it described my attitude–my mode de vie, or way of life–when my son Jack battled cancer almost five years ago. I went into mission mode trying to protect and support him. I lived on hope. And I refused to take No for an answer. Last year, I wrote the story of our journey together. Titled ALL THE ABOVE, it will be released this spring.

Jack, weeks after his diagnosis and his first surgery (and first scar):

I can’t fathom what’s it like to work in law enforcement, where mission mode is normale, if not obligatoire. As an author, I imagine*** stories–make them up–and though I also have to “get the job done,” it seems a much easier job. But for 6 months in 2010, I had a lot going on inside of me that I shared with no one but my husband.

Until I wrote ALL THE ABOVE.

*** fiction, that is; ALL THE ABOVE is a true story

Making the right word choice is one of the tenets of my writers’ group. At a recent meeting, we discussed the whether the words basic and ubiquitous mean (basically) the same thing–at least, in the sentence we were considering. So I looked them up in my iPad dictionary app. As you might guess, they don’t.

But in that context, were they so close that one of them should go? The person whose work it was would decide. At our weekly meetings, we offer feedback, make suggestions, encourage one another, and talk about writerly things. We have a few sayings, too, some stemming from the below Mark Twain quotes:

1. “Write what you know.”
We say this one a lot–it may be ubiquitous. Note that it doesn’t mean, tell a true story (unless you’re writing non-fiction). “What you know” includes the places you’ve been, the emotions you’ve felt, etc.
2. “As to the adjective: when in doubt, strike it out.”
We often say the second part of this (“when in doubt, strike it out”). Also, see above (basic and ubiquitous).
3. “Substitute ‘damn’ every time you’re inclined to write ‘very;’ your editor will delete it and the writing will be just as it should be.”
See #2.
4. “Writing is easy. All you have to do is cross out the wrong words.”
See #2.
5. “Don’t say the old lady screamed. Bring her on and let her scream.”
(Show, don’t tell.)
6. “One should never use exclamation points in writing. It is like laughing at your own joke.”
(I’m guilty of this one, but I’ve gotten a lot better. Haha.)
7. “Write without pay until someone offers pay.”
I mean, what choice do we have, if we want to write?
8. “If the writer doesn’t sweat, the reader will.”
(Work hard.)
9. “I’ve lived through some terrible things in my life, some of which actually happened.”
(Conflict! And, see #1.)
10. “Eschew surplusage.”
(Don’t be wordy!) I’m working on this one, too. Just to be sure I understood it, I looked both words up, since it looks and sounds a little like “Chew sausage.”

And those are the basics. 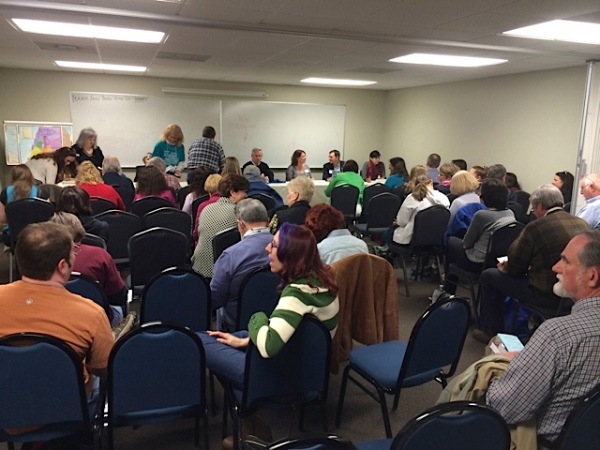 As I declared to the audience at a panel on Suspense during last weekend’s Dahlonega Literary Festival, I’m a worrier by nature.

Just before the panel discussion:
“On the Edge of Our Seats: The Element of Suspense in Fiction”
I’m wearing gray, seated between two gentlemen authors.

The panel took place on Saturday at 4:00. All day, I had greeted and met readers who stopped by my table to ask about and buy my suspense novel, UNDERWATER. I’d also met many of the other authors. It was a beautiful day in Dahlonega, which only added to the cheerful mood of just about everyone.

The panel’s format was different from what I’d expected. I had imagined that (primarily) audience members would ask questions (“this question is for so-and-so author:” etc.). Instead, the moderator asked almost all of the (very good) questions, and each of us seven panelists then had the opportunity to respond. I hadn’t been able to attend any of the day’s earlier panels (if I had, I’d have known about the format). Néanmoins – nevertheless – I wasn’t too disconcerted.

First, we introduced ourselves individually. Then the moderator posed a question and asked the person on one end of the table to start the responses. Though each of us had authored a book(s) containing the element of suspense, our works represented a variety of genres, none overlapping (much), so we had different perspectives, and styles. No one’s book was similar to my novel, and I was excited to have the chance to talk about it.

As I said during one of my responses, since I’m a worrier, writing suspense seems natural. I pay careful attention to pacing. I start with the characters and the issues they face (the conflict). As I write, I strive to keep the reader on the edge of his/her seat, worrying about what will happen next. I plan for the tension to rise as the story unfolds, as things go from bad to worse. I want the reader to be a worrier about my characters.

It takes some work, and I focus on it. But if you’re a worrier by nature, it’s really not that complicated.