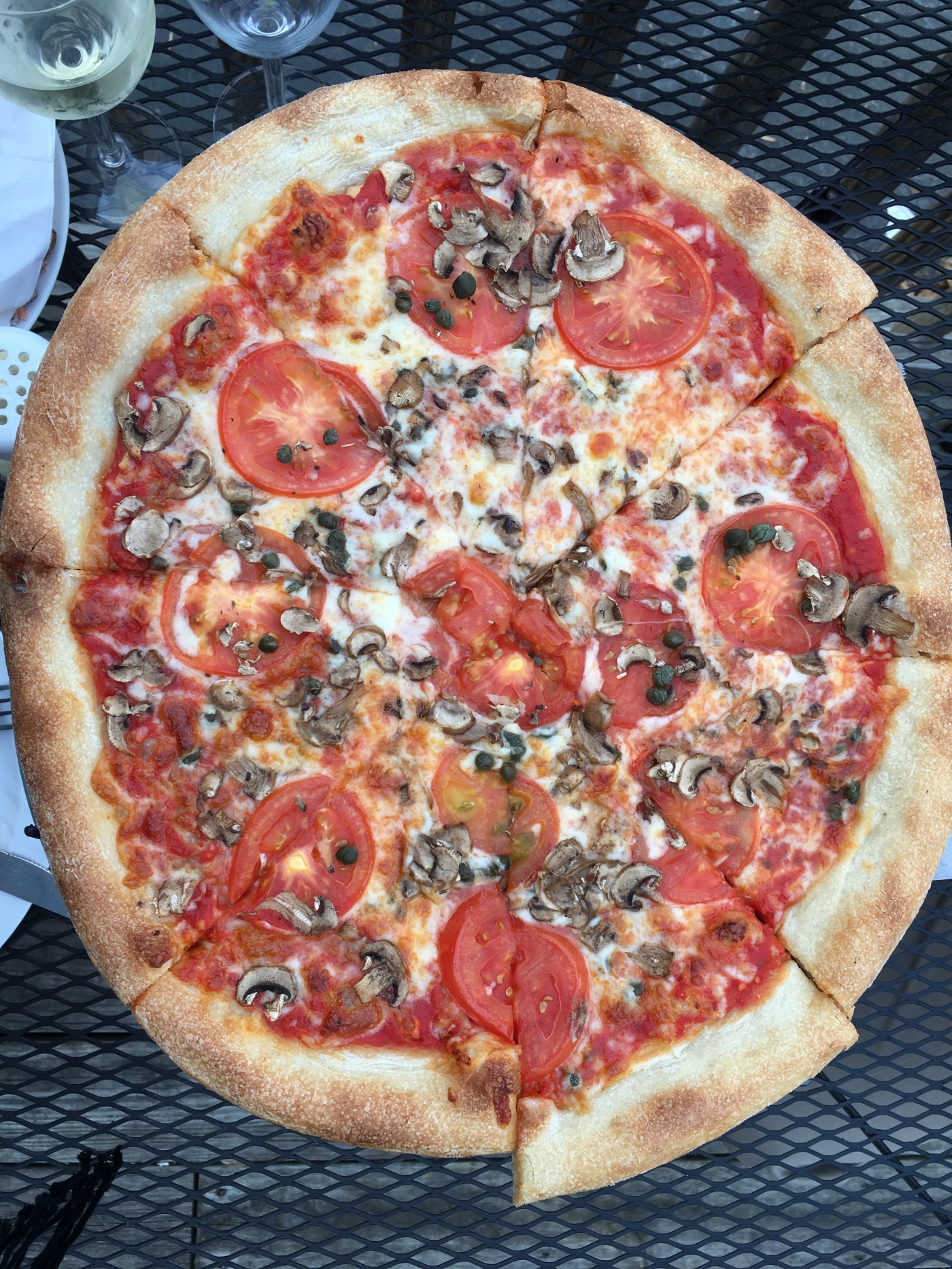 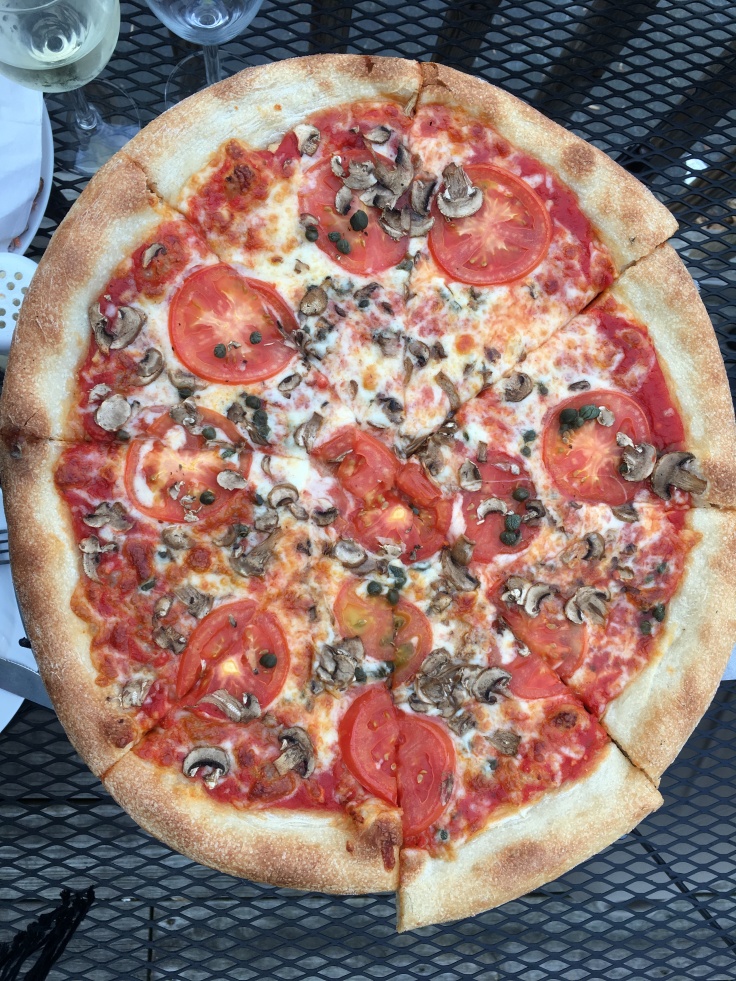 It was a beautiful evening, so we sat outside on the patio. I had the V-8 salad (tomatoes + other fresh ingredients but no lettuce).

If you know anything about this film, you know it’s basically Guess Who’s Coming to Dinner meets horror film. I’m not a big fan of the latter, but the former is one of my all time favorite movies. I thought that film’s story was wonderful, and the acting was super.

Not so much with this movie. My husband liked it better than I did (and he is more okay with horror movies), and though I admit it was cleverly done, I don’t think it’s destined to be a classic. There was one scene in particular that truly horrified me, and – spoiler – it had to do with brain surgery. If you’ve read my third book, ALL THE ABOVE: MY SON’S BATTLE WITH BRAIN CANCER (or even if you haven’t yet) you’ll know why.

So, I came out of the theatre a bit shaken. But I guess that was the idea.