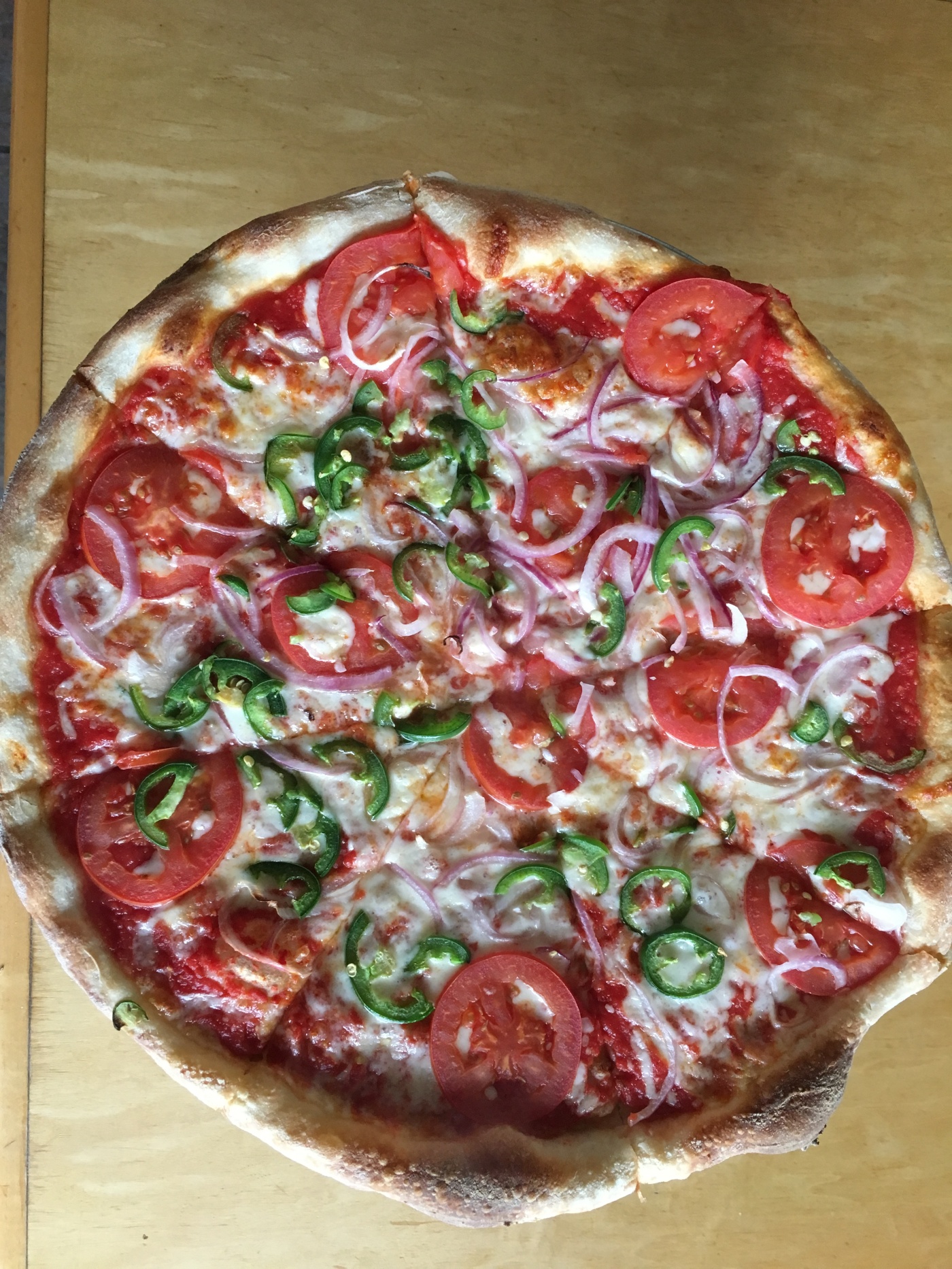 and a spinach salad for me.

He had heard of this film and wanted to see it, and I really enjoyed it. Based on a true story, it’s about a young girl in Africa who turns out to be a chess prodigy. I don’t play chess (and don’t want to learn how), but it was absolutely wonderful that this girl did. She was amazing, and during the chess competition scenes, it was tense, and she didn’t always win. I was mesmerized by her and her opponent’s eyes – watching their expressions and their reactions as they competed.

There was a lot more to love about this movie, too, including the rest of the cast, and it was well done. Sully was a feel-good film, and so was this one. It was just a tad bit too long, but overall I think it’s an A.

Our dinner was great, too, and it was a fun evening out. I’ll eat pizza again later on – but not with jalapeños on it!