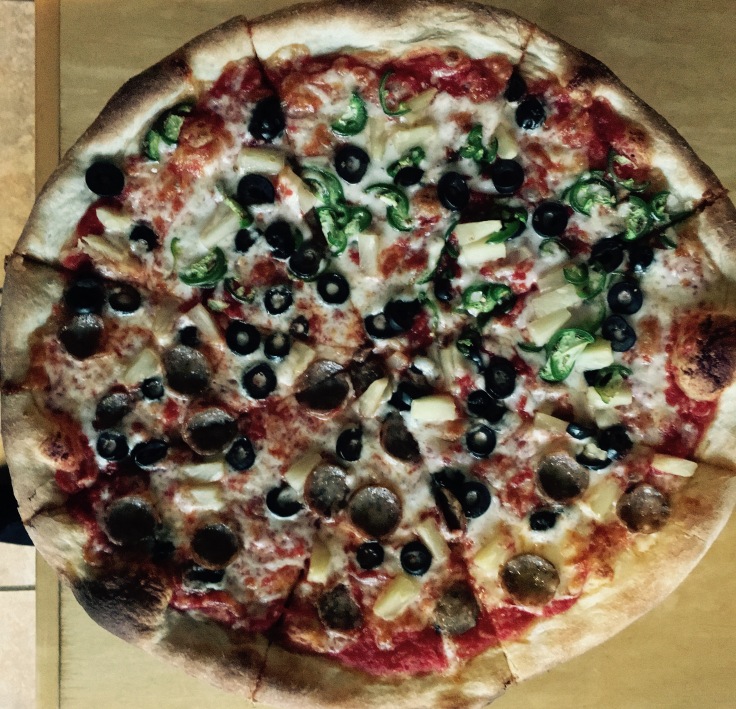 Lady in the Van

Just one thing to mention about the pizza: I wanted pineapple, he wanted jalapeños, and this is what we came up with. Some people love jalapeños on a pizza. I don’t.

Now, for the movie. I found this film disturbing, and not very entertaining.

I love Maggie Smith in (almost) anything, and I adore her in Downton Abbey. The best part of this movie was her performance. But the story (billed as “mostly true”) didn’t do it for me. Because of that, and because her character is so different (mentally, and in other ways) in Downton Abbey, it was difficult for me to watch Maggie Smith in this role.

I wondered, afterward, what parts of the story weren’t true, and what parts were left out. If you see it, I think you’ll know what I’m talking about.  The treatment of the (real and fictional) lady in the van’s mental illness was terribly unsatisfying for me. Watching the film was like trying to solve a puzzle without all the pieces. And I don’t like that kind of puzzle, anyway.

I’ll be watching the Oscars this weekend, and I don’t believe Lady in the Van has been nominated for anything. Some people, I’ve heard, loved this film, and the performances.

To each his own.