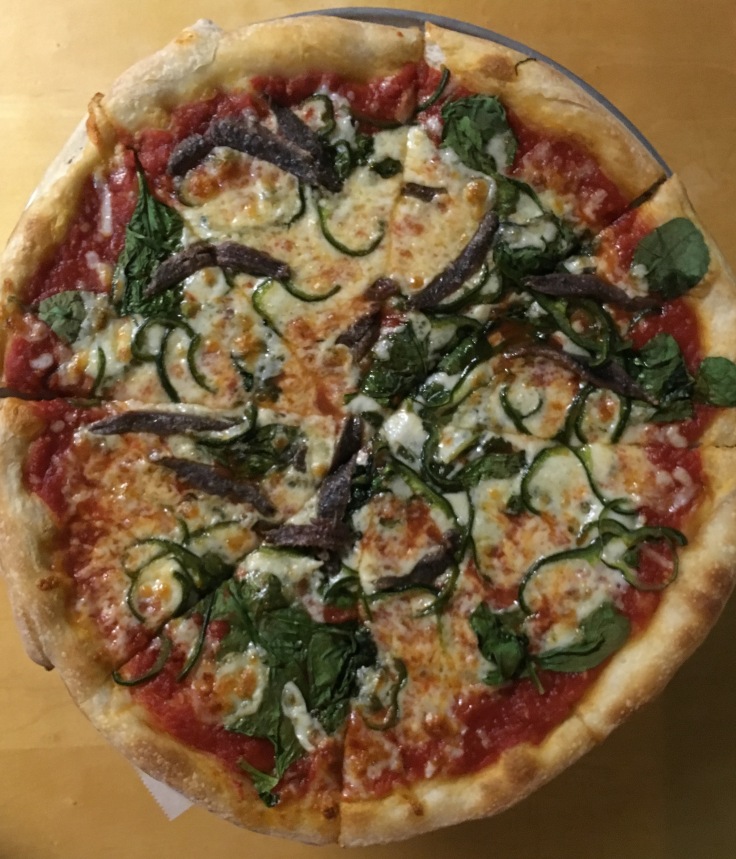 *You’ll notice the movie this time wasn’t one currently out in the theaters. That’s because my husband and I had planned to go see The Martian (and still do), but because it was playing at 7:00 – a bit early for us, after going down to the Corner Pizza first – we decided to go home instead, and watch A Royal Affair on Netflix.

I had seen it before, one time when he was out of town, but I love movies about any kind of royalty (and the affair part makes it juicy). Both my husband and I like foreign films, and  since our daughter (who’s studying in France) recently visited Copenhagen (and saw the Amalienborg Palace), we thought it would be interesting.

The movie came out in 2012, and it’s based on a true story. The actress who portrays Caroline Mathilde, Alicia Vikander, starred in Man from Uncle (U.N.C.L.E.) this year, and she did a great job. Turns out, royalty has problems, too.

The pizza we chose was three shades of green (sort of). At my insistance, my husband picked all the toppings, and these are what he chose.

I guess he was in a salty, spicy, and healthy mood.