My daughter (I’ll call her Mademoiselle, but if you’ve read ALL THE ABOVE, you know her name), is a junior in college, and is spending this semester studying in the south of France. She’s living in the same city I did (Montpellier), when I did the same (as a student at the same university*) for a year. Like me, she’s somewhat of a chronicler, and since August, she’s been sending me postcards (cartes postales) via la poste (snail mail).

Just as I’ve been doing with “Pizza and a Movie” posts, and as I’m starting to do with “Wine with Wendy on Wednesdays,” I’m going to do a series of posts sharing her postcards sent from Europe. Notice that she uses the French way for dates (day/month/year):

Today I visited the Château de Flaugergues, a small summer home built in 1696 by a member of the French Royal Court! Today it has sprawling gardens and the family that lives there makes wine (the rosé is the best) and it’s only 15 minutes away by train! I hope everything is good at home and I love you all!

Of course, she’s been in touch with me and her father by telephone, text, email, and even the odd photo on snapchat or instagram. But her postcards seem more special, and they kind of link her time in France with mine. 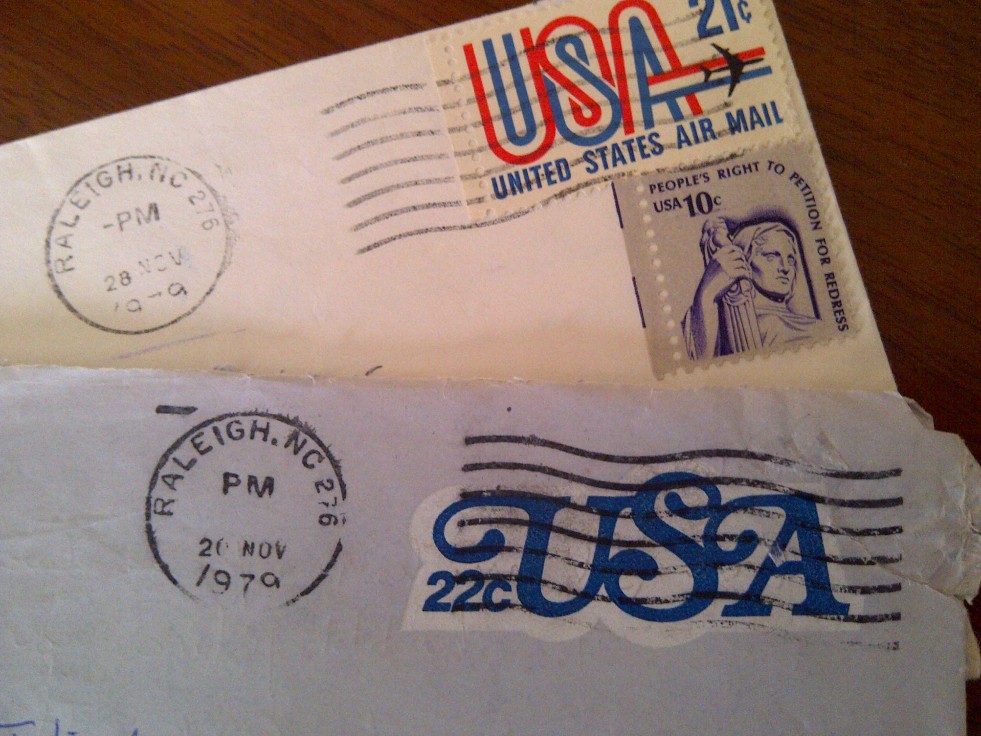 *The University of North Carolina at Chapel Hill

One thought on “Postcards from Europe, #1”