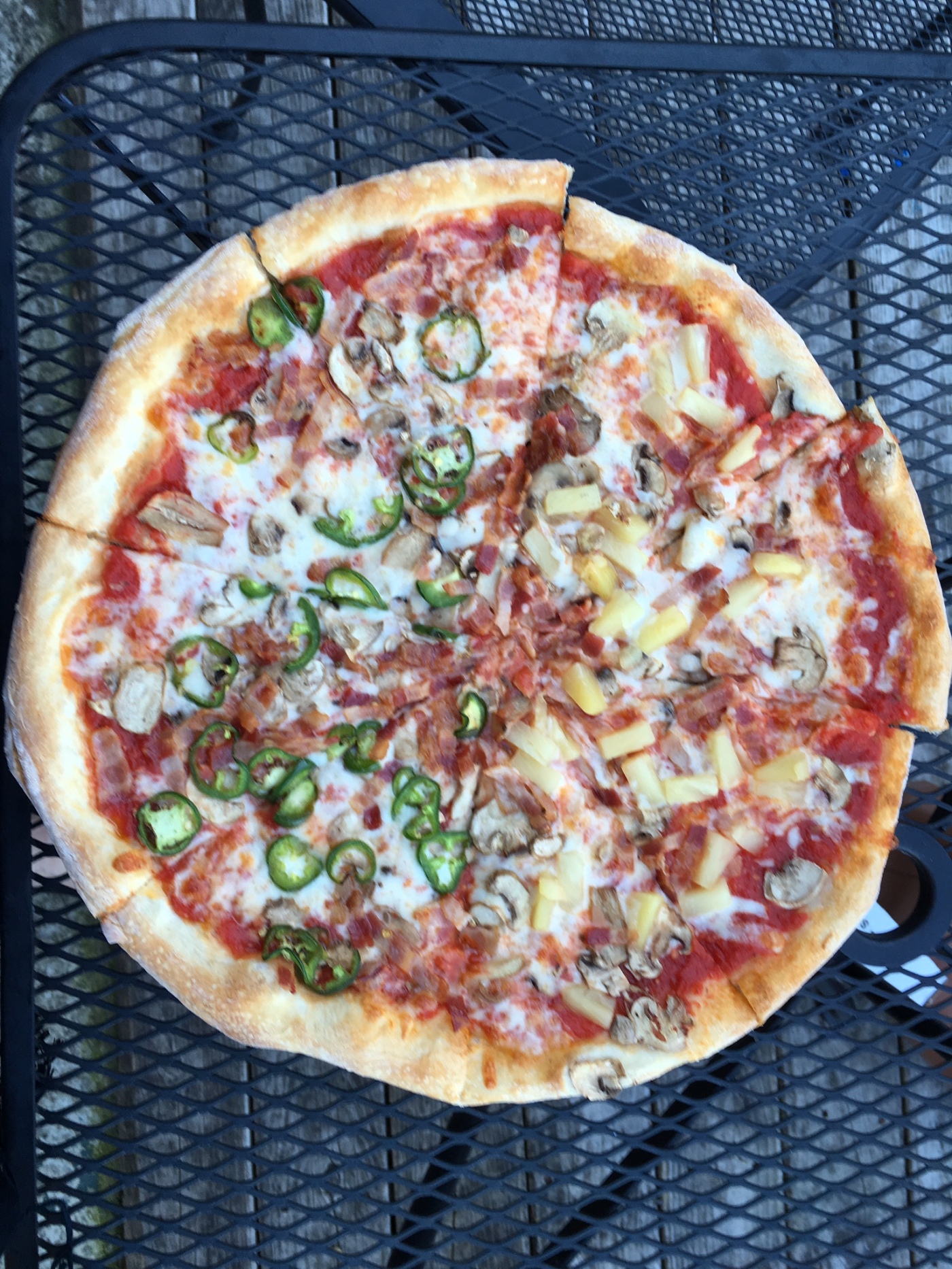 Before I get to this week’s Pizza and a Movie, I have some changes in my schedule for October:

Now, for this weekend’s Pizza Toppings at Corner Pizza: 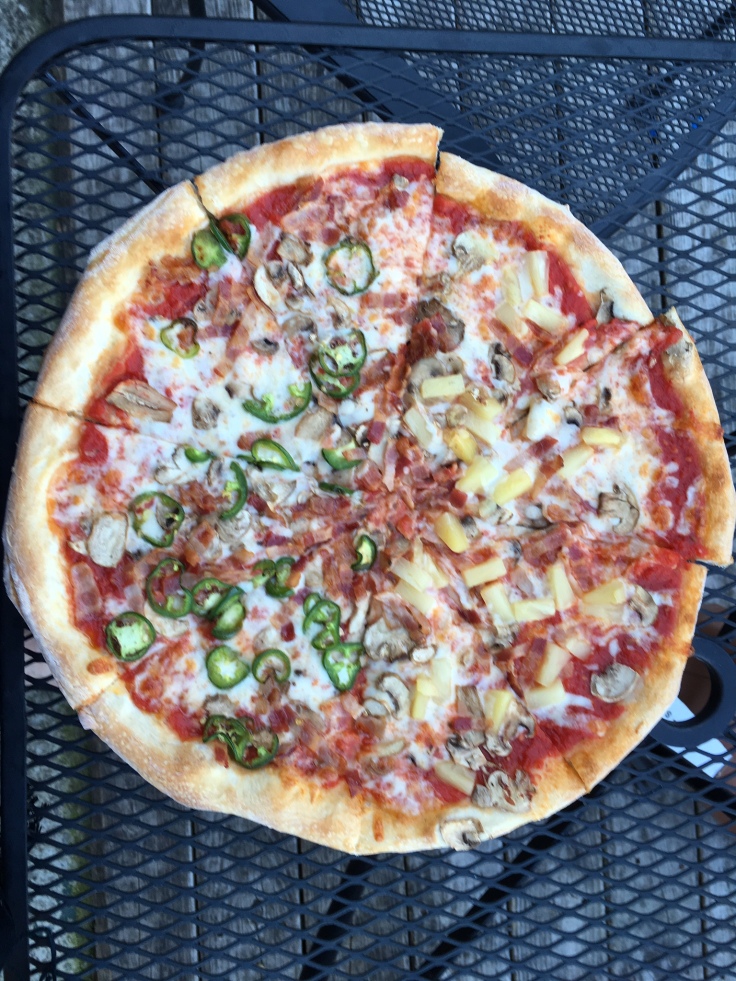 This film was a clever, well done story of revenge. I don’t always go for movies like this, but it was engaging and suspenseful. I love Emily Blunt, too, who, last I read, is married to John Krasinski, who was “Jim” in The Office on TV. (And I love Jim, and John, who has the same birthday I do, by the way, which is coming up shortly…)

Now for the pizza. My husband wanted jalapeños on half of it, and so, instead of extra cheese on mine, I went with pineapple. That made it a bit difficult to choose the other two toppings, but after a short conference while Bill was pouring my husband’s beer (he already had my wine ready), we agreed on the bacon and mushrooms.

We sat outside because it was beautiful, and talked about a variety of things: work, home, plans, and our recent trip to Raleigh for Bouchercon 2015. He’s not going with me Nashville later this month, but I loved having him with me last weekend in North Carolina. After we left the conference, we drove over to Durham where I stopped in the Duke Hospital Gift Shop and left a signed copy of ALL THE ABOVE for the book buyer.

Then we made the short journey to Chapel Hill to see where our daughter, a UNC student who’s studying in France right now, plans to live next semester. Then we went back to Durham where some friends who’ve just moved there had invited us to stay the night. After watching the Falcons win, the four of us went to a French restaurant nearby.

So far, it’s been a great “birthday month!”