Skip to content
I always worried someone would notice me, and then when no one did, I felt lonely.
– Curtis Sittenfeld

Today is the anniversaire (birthday) of yet another of my August birthday friends. For some reason, I seem drawn to people born this month (and they to me, I hope). Other “birthday months” that work for me in terms of friendships are February, November, and May; a greater number of friends have birthdays during those months. My birthday is in October, and a handful of friends’ birthdays are, too.

I love birthdays–whevever they fall–and all sorts of other important dates, especially wedding anniversaries, and not just my own. My husband was born in February and we got married in June; it’s been nice to alternate celebrating one of our birthdays and our anniversary, every 4 months. When I was growing up, I always felt that my parents’ anniversary was more important than anyone’s birthday in the family; after all, it’s when   they became a family. If not more significant than a birthday, it was at least (way) more romantic. It meant they weren’t just alive for another year, but were together another year…and they continued to be, for 58 years, when my father passed away.

I grew up the middle child in my family, and tried to stay under the radar as much as possible. It wasn’t all that difficult. Not being noticed equaled having more autonomy and independence. But being forgotten about can have its downside.

It’s the paradox of a writer’s life, I guess: you need to want to work alone (I do), and not mind being alone (I don’t)–but you need to connect with others, too (I try). When I’m under the radar, I can get a lot done, but it’s a solitary endeavor–and sometimes it’s easy to feel a bit malheureuse.

La solution?  For me, it’s to notice others, to connect, and to celebrate.

With so many more families choosing to have just one or two kids, we middle children are getting squeezed out of the picture. 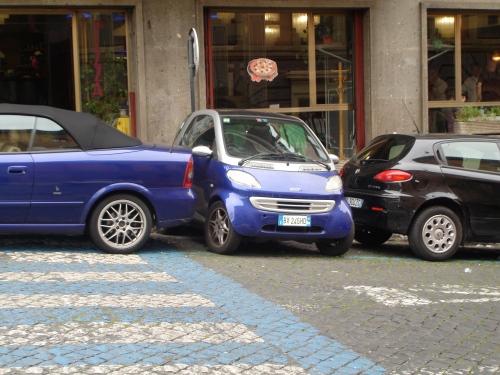 Despite the current assertion that “three is the new two,” the middle child is an anomaly these days. When I was growing up, a big family was five kids or more; three or four children was normal, and two or less was, well, small. When I got married, I wanted an even number of children (but more than two), and I’m grateful for my four. However, with twins on the first try, our third became the middle, despite my “plan.” And like his middle-child mom, he thrived in his own way, often flying under the radar.

What hasn’t changed about those of us who are neither the oldest nor the youngest child in a family? We usually leave home first, and we might even get married first (I did both). We don’t mind solitude (sometimes preferring it), and we both want and don’t want attention. We’re usually the different ones, and we like to do things our own way. While the oldest child  lives according to the rules and the youngest seeks the spotlight (which might irritate us), we carve our own spot and make it work. We’re often the family’s peacemaker. When we choose our friends, we can be flexible; an oldest or a youngest works, but we also don’t mind one of our own — someone whom we understand completely. Ditto on choosing our mate.

It worries me (see earlier post on my glass-half-empty, worrier self) that there are so many fewer of us middle children today — at least in America and the West. What will it be like someday soon when everyone is either an oldest, youngest, or an only child? How will they all get along without us in their midst? And. . . will they miss us?

My middle child son and I are much alike, but of course we are also quite different. A few years ago he introduced me to the television comedy Modern Family, now a favorite of mine and his. We both recognized how much I was like the middle child, Alex. My older sister was like her older sister Haley, and my little brother was like Luke. It was almost uncanny. I’ve watched the show only on DVD and haven’t seen Season 3 yet, but I will soon.

Enfin, of course I can’t close without mentioning France. In July, we’ll visit deux familles français we have met through a student exchange program my daughter (the youngest) participated in during high school. Very unusual for the French, one family has five kids and the other has eight!